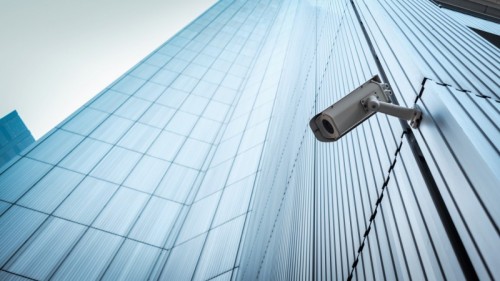 The COVID-19 pandemic has severely affected mergers and acquisitions (M&A) activity across the board:

While the volumes were lower, the value of the transactions was greater (e.g. the TPG–Telecom transaction made up $8.2 billion of the $14.43 billion this period).

Most transactions in January to June 2020 were takeovers – a departure from the recent trend towards schemes. However, given the abnormally low volume of activity and unique circumstances, we do not believe this is an indication of change in preferred acquisition mechanism.

During this period, ASIC’s regulatory interventions have centred on schemes of arrangement and other (item 7) control transactions. Going forward, we will continue to focus our M&A activities on structural and conduct elements of transactions.

Below are three case studies from between January to June 2020 where ASIC intervened in transactions to help maintain market integrity.

An acquirer in a proposed scheme transacted in the scheme company’s shares with select counterparties via an off-market special crossing. The acquirer purchased these shares at prices above the consideration offered under the scheme itself.

ASIC contacted the scheme proponent and the acquirer to raise our concern that all company shareholders would not be treated equally unless the scheme consideration was increased. Ultimately, the scheme was terminated due to the announcement of a competing offer.

ASIC will closely scrutinise transactions and intervene where we consider all shareholders are not being treated equally.

We acted to ensure that the views of an independent board committee on a transaction had enough prominence in comparison to a recommendation of the conflicted directors.

ASIC generally expects conflicted directors to refrain from making a recommendation to shareholders. This issue should be considered at the time a scheme implementation agreement is executed. Conditions about director recommendations should be crafted appropriately.

A proposed scheme’s third-party regulatory approval requirements were received months after shareholders voted on the scheme. ASIC took action in relation to this material delay.

The scheme proponent addressed ASIC’s concern that the shareholders’ vote had become stale by reissuing its booklet disclosure and agreeing to hold a ‘ratification’ meeting.

Where there has been a lengthy delay between the vote at a scheme meeting and the approval court hearing, or where any supervening events may be considered material, the company needs to consider whether:

Where possible, practitioners should consider obtaining approvals for conditions precedent to the implementation of the scheme, which are dependent on obtaining third-party approvals, before commencing the scheme process.

Speak to ASIC early in the planning phase

As the uncertainty around the COVID-19 pandemic eases, we expect M&A activities to increase. We recognise that upcoming deals may incorporate novel structures and terms to deal with the risks of the COVID-19 pandemic so we encourage companies to talk to us early in the planning phase of these deals.

ASIC will closely scrutinise transactions and intervene where we consider all shareholders are not being treated equally.

Insolvency laws for small business are changing
Is your small business insured for storms, floods, bushfires and other natural disasters?
Helping licensees remediate customers: ASIC releases practical field guide
Freedom Insurance customers may be owed compensation: Genus Life Insurance Services is contacting customers
What to do if your small business is facing financial difficulties
Importance of seeking advice: information for company directors
Some modules are disabled because cookies are declined. Accept cookies to experience the full functionality of this page.
ACCEPT COOKIES
We use cookies to optimize the website, no personal information is stored. Learn more
DECLINE COOKIES ACCEPT COOKIES